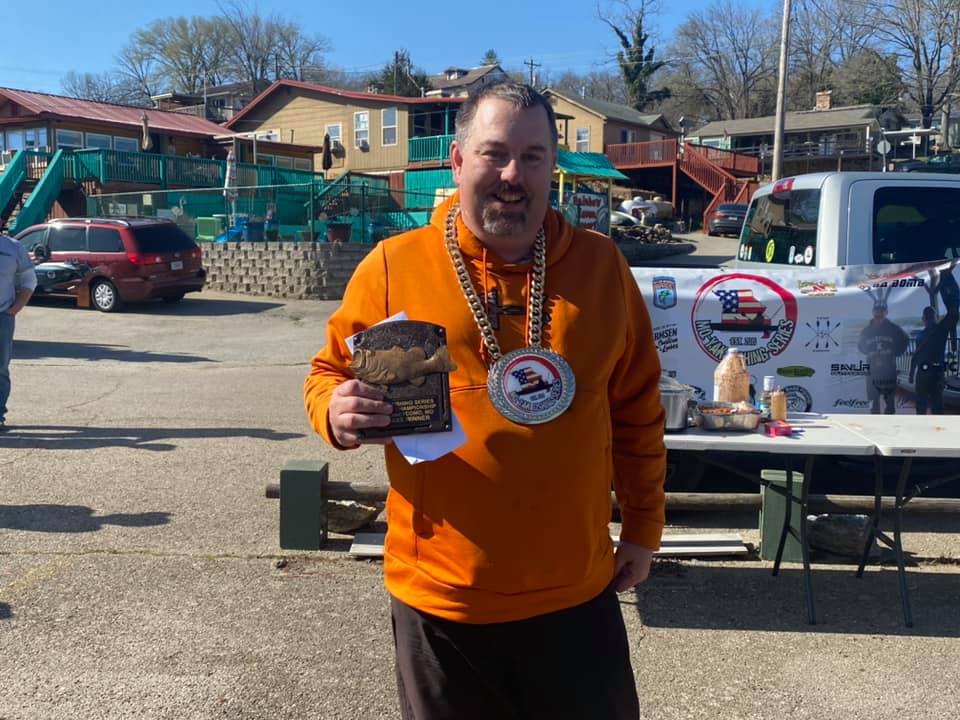 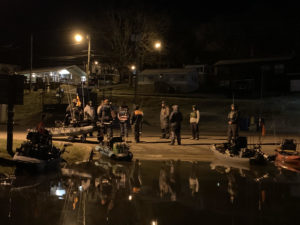 The first annual Taney 20 started off with an icy shotgun start Saturday, March 20. Seventeen of the twenty who qualified last season battled it out on frigid and flooded Lake Taneycomo in Rockaway Beach, Mo.

For his efforts, Tommy won $500 cash, Big Bass award and an engraved medallion that he promised to wear at every live event of 2021… we have witnesses, Tommy!

Mr. Probst was gracious enough to answer some questions after the tournament. Here are his replies;

1. What was your strategy going into the day.

I thought the lake was going to be muddy so I packed up for fishing muddy water. I was planning on dragging creature baits along the grass lines, throwing a lipless, or a square bill where the bull ties into the main lake.

2. Were you able to prefish and did you find anything that helped you on game day?

No. Didn’t want to go out in the storms the weekend before and had to work all week

3. What was your best finish on Taney before this one?

4. What was the general tackle you used to win?

5. Anything else special about the day? Big bass story? See any wildlife worthy of mentioning? Lose any bigguns?

I was not smart enough to check the weather forecast in enough detail to see how cold it was going to be in the morning. Didn’t have anything on except a sweatshirt over a thin long sleeve shirt and sweatpants. Luckily I got a late start so I missed the worst part of it but I was freezing until I finally started getting bites. Caught 4 of my fish from 8:44 to 10:04 and then didn’t have another bite until 2:45 when I had pretty much given up and was going to call it a day. 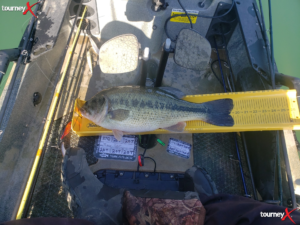 Caught the big bass from a steep bank area that I’ve never had a bite on and on a lure that I probably haven’t thrown in 3 or 4 years.

No. I missed the first bite I had on the power worm but caught everything else that bit. The 19.5 had me worried, It was a very healthy fish and I forgot to load my net before I left home. Had to play it a lot longer than I wanted and then had to flip it into the kayak by grabbing the line because it wouldn’t calm down enough for me to lip it.

6. How far did you have to travel to find your fish?

Traveled up Bull creek a little past the island. Once I saw the bottom in 9-10 of water I turned around.