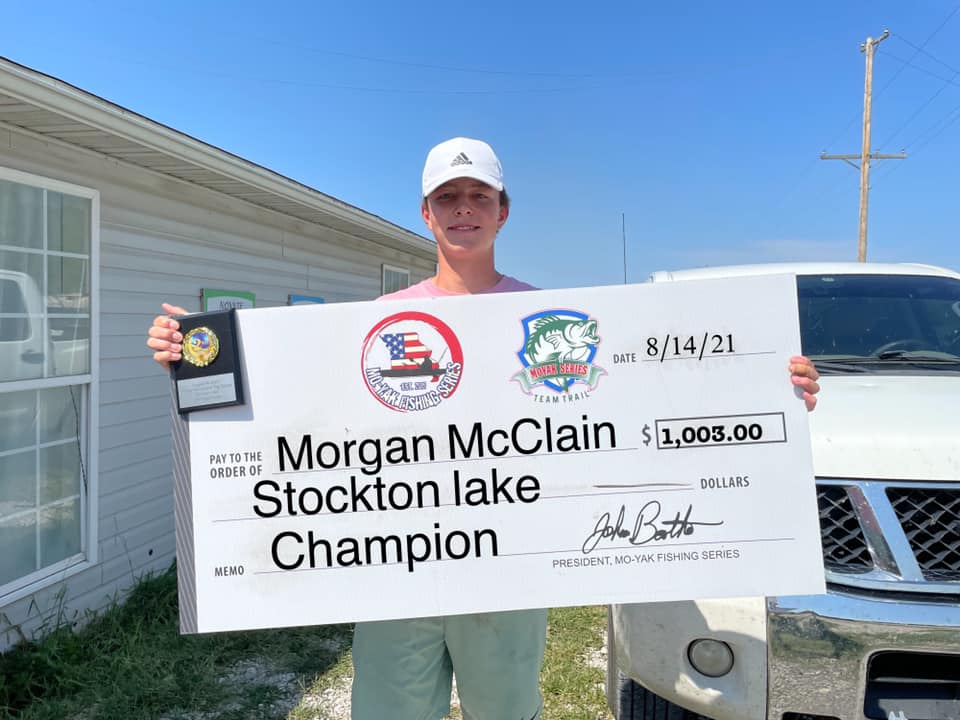 In a nailbiter on a beautiful Ozarks day, Morgan McClain wins on Stockton at stop #5 of the Mo-Yak Fishing Series presented by Everharts Outdoors.

With this win, McClain is in the hunt for Angler of the Year and will be one to watch as we wrap up at Truman this fall.

What was your strategy going into the day?
Going into the day, I didn’t have much of a strategy. The only thing I knew for certain was that I wasn’t going to fish deep. I decided to focus on steep banks since that is one place I can always find fish any time of year.

Were you able to prefish and did you find anything that helped you on game day?
Prefishing was actually helpful because I was able to rule out deep fishing and I had some misses on the buzzbait early both days so I made a minor adjustment to it and it helped me get close to a limit early on tournament day.

What was the general tackle you used to win?
I used a buzzbait and glidebait early and a finesse jig later to get a few crucial upgrades.

Anything else special about the day?
I caught my big bass in a pretty unusual way. I had a fish miss my buzzbait right by a big boulder, so I cast my glidebait past the boulder and then burned it back and the fish hit it right by the boulder. It turned out to be 18.5″ and was the tiebreaker fish for me. The only notable wildlife I encountered was the insane amount of mayflies when I launched. Thankfully, I did not lose and big fish, my only miss was a fish on the jig that I set the hook on and missed.

What depth range were you looking for?
I caught my buzzbait/glidebait fish right on the bank early and I expected them to move out later in the day. However, the fish I caught later on the jig were right on the bank next to fallen timber.

Did the weather affect your bite?
The weather definitely affected my bite because the topwater bite died as soon as the sun came up and the fish transitioned to fallen timber.

Do you plan to fish the remaining MoYak schedule?
I will unfortunately not be able to fish Pomme, but I am looking forward to the championship and AAKC.

Are there things that MoYak can do better?
As for MOYAK, I think that Mr. Boothe, Mr. Enke, and everyone else that helps them out do an excellent job. My only request would have been a winter series, but that was recently announced to be coming this winter! 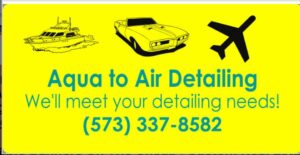