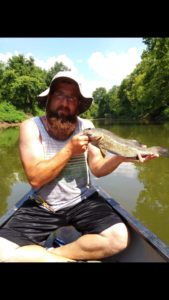 FORSYTH, MO. – Dittmer’s Joe Hayes wrapped up his first Mo-Yak Fishing Series season with the OMTC 2019 Rookie of the Year award. Accumulating 1331 points and 362 inches for the season put Hayes in 7th place in the Mo-Yak Angler of the Year race. He secured a berth in the 2020 Kayak Bass Fishing National Championship and finished 74 inches ahead of his closest rookie competitor, Johnathan Dominguez of Lebanon, MO., who finished 12th in AOY with 91 points.

A zero at the first event of the season didn’t deter Hayes from staying the course.  Joe bounced back with 11th at Pomme and his first top ten of the season, 3rd at Table Rock!  His best placement of the season couldn’t have been more impressive as the Table Rock event was packed with 55 of the midwest’s best kayak anglers.  Joe put up 86.75″, just short of the top spot held by Kansas’ David Cruz by two inches.

“My favorite moment of the season would probably be a tie between coming in 3rd at the Table Rock event-while my family was there-and being told I was Rookie of the Year,” says Hayes.

Joe continues, “One thing I feel like I’ll always be trying to improve on is the process of getting a solid picture of any and every fish that’s worth putting on the hog trough. The bull shoals event still haunts me lol.”

For his efforts, Joe won a trophy and a $500 gift certificate to OMTC!

When asked about his favorite Ozark fishery on the trail, Joe told us, “Table rock again would have to be a favorite event. It started slow for me and I sat through a lot of rain but when they started biting it seemed like every time I set the hook it was a quality fish. Also, it seemed to be one of the biggest events (based on the number of competitors) of the year and finishing as high as I did had a very validating feeling to it.”

For the 2020 rookie class, Hayes gave this advice; “To the new guys, I’d say just fish as many events as possible and try not to overthink every mistake you’ll undoubtedly make. Make yourself aware of the rules and try and get some practice getting those pics taken though for sure. All and all though just go fishing, meet a great group of anglers, and have fun.” 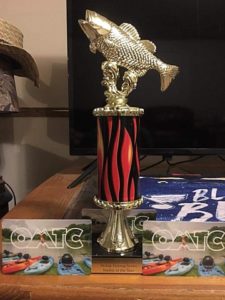 Congrats Joe, we look forward to what your sophomore season brings in 2020.