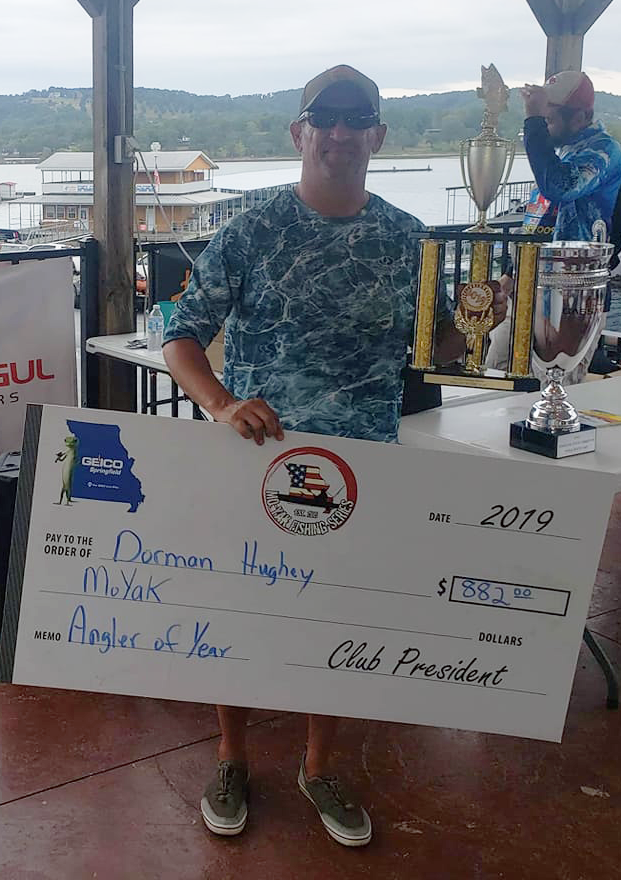 FORSYTH, MO. — Hollister’s Dorman Hughey, is the 2019 Mo-Yak Fishing Series Angler of the Year (AOY). Over seven events, Hughey straight up outfished and ultimately outlasted the other 108 Mo-Yak anglers who ended the season.

Hughey finished 3rd in the final event of the season on Bull Shoals. It was enough to lock up his second career AOY title, his first coming in 2015.

Along with the most prestigious title in Missouri kayak angling, Hughey earned $882 as Mo-Yak’s best angler in 2019.

His season had ups and downs out of the gate. He finished first in the opener on Lake of the Ozarks and followed it up with Top 25 finishes on the Pomme de Terre (22nd) and Table Rock Lake (23rd). Following up on those two subpar performances, Dorman dominated the rest of the way. He never finished out of the top seven for the remaining four events. With back to back wins on Taneycomo and Stockton he proceeded to close the door with a 7th place in the River Rat Challenge and finally, 3rd at Bull Shoals! 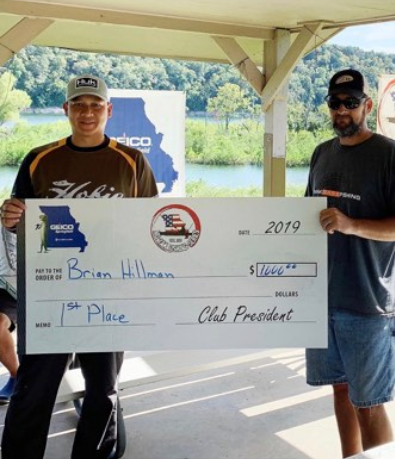 For the final AOY event on Bull Shoals, Brian Hillman took first place with a five-bass limit measuring 83.5″. Hillman won $1000 and the KGB Swimbaits Wallhanger Award which is given to the angler who caught the longest bass of the season.  For his 22.5″ Taneycomo largemouth, Hillman also won a KGB Chad Shad swimbait and a trophy designed and built by Richie Laughery.