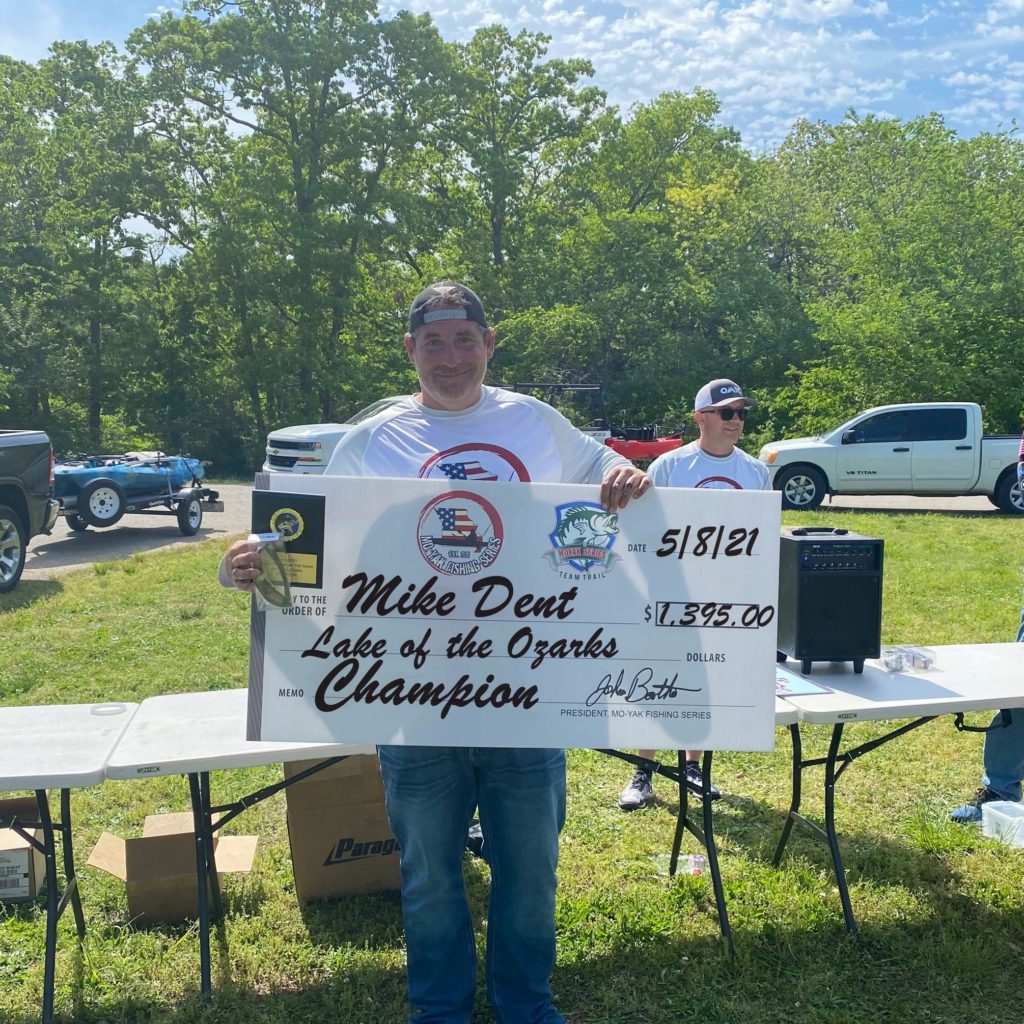 Another one for the record books as Mo-Yak sees 102 kayak anglers take to the waters of Lake of the Ozarks for the 3rd stop on the Mo-Yak fishing series sponsored by Everhart’s Outdoors. Mike Dent came out on top in this one… Here’s his story…

Were you able to prefish and did you find anything that helped you on game day?
I was actually not able to prefish at all I didn’t get down till about 6 pm fri night so I ate some dinner and got to bed.

What was your best finish on Lake of the Ozarks before this one?
My best finish at Loz was 3 in a bass tournament my best out of a kayak was my first time ever In a kayak last year I believe it was 40 something.

What was the general tackle you used to win?
I was throwing a senko all day and picked up my last two fish on a jig.

Anything else special about the day? Lose any bigguns?
I lost a really good fish barely had it hooked and it came loose. 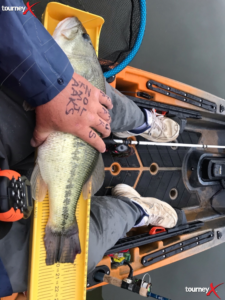 Big bass story?
I skipped my senko behind a dock and it got hit on the fall I set the hook and knew right away it was a good one I was fishing 8 pound line so when she jumped I just prayed it wouldn’t catch the cable but everything was good and got her in clean .

How far did you have to travel to find your fish?
I caught all my within 5 min of the ramp

What depth range were you looking for?
1’-8’

Did the weather affect your bite?
No, the bite was really good until later in the morning when the sun broke so I moved to a secondary point and picked up two good bites.